EDERLEZI: A FESTIVAL, A FEAST AND A SPECIAL SONG

For ALL our communities

As the leaves return to the trees and memories of winter cold slowly vanish, on May 6 we celebrated the Romani spring festival “Ederlezi” and, more specifically, the wonderful song dedicated to the changing of the seasons.

Taking place roughly forty days after the spring equinox, “Ederlezi” is the Romanes name for the Bulgarian and Serbian Feast of Saint George (Đurđevdan) and is much the same as Turkish “Hidrellez” which also heralds the beginning of spring.

In older times when the Roma would travel across the land, the long and cold winters would prevent them from travelling. So, the spring and the changing of the seasons would re-invigorate a culture every year.

The opportunity to travel re-appeared with the better spring weather and, to thank God, Roma would throw flowers into the rivers and seas. This was and remains also a tradition in India where the Roma originated so the festival is important on traditional, religious and historical reasons. 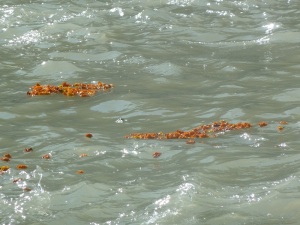 On this day, it is customary for Romani families to decorate their homes with flowers and blooming twigs from nearby trees to show that spring has sprung.

Flowers are a special ingredient for the day’s celebrations as they are also thrown into the water before bathing. In more religious families, hands are washed at the local church well and some even use the water to wash their home.

As families and communities gather for Ederlezi, lamb is prepared and grilled for the feast.

Like many Romani festivals and events, music plays a significant part with lots of dancing and singing while brass bands are also popular on this day.

A song dedicated to the festival has been covered and revamped numerous times, with each version giving a particular flavor of the musicians’ home country. Before looking at the different styles and interpretations, here are the original lyrics translated into English:

All the Roma, dad, slaughter lambs
But me, poor, I am sitting apart
A Romany day, our day
Our day, Ederlezi

The “oro” mentioned in the opening line refers to the “Hora” a circular dance stemming from the Balkans. There is also a reference to a lamb being slaughtered and it remains customary for grilled lamb to be eaten on this day.

Two musical legends of the Balkans have both helped to perpetuate the magnificence of Ederlezi. Firstly, ToseProeski from Macedonia was known to have loved the song and included it regularly in his concerts before his tragic death in 2007 for which a state funeral was held.

Alongside Erdjan, the son of famous Macedonian Romani singer Bedjo, this is one of the most popular recordings of the song in recent years.

Across the border in Bulgaria, Daniela and LudmilaRadkovi are sisters who each boast a passionate voice so deep and powerful that it can bring tears to your eyes.

Beyond the Balkans, the song has also made a telling cultural impact in Hungary.

This truly enchanting rendition is performed in Hungarian and Serbian by Magdi Ruzsa who won the Hungarian Idol contest in 2006.

Ruzsa was born in Vrbas in the Vojvodina region of northern Serbia and won the “Newcomer of the Year” award at the Fonogram Hungarian Music Awards in 2007 before representing Hungary at the Eurovision Song Contest in Helsinki, Finland the same year, finishing a credible 9th.

In a modern twist on a modern classic, a remix edition was released in 2010.

“Ederlezi” has also been translated and performed in Greek by many artists including by the Athens based band Yianneis led by the mesmeric voice of Labor Filippou.  They describe their shows as avant-garde, part concert and part theatrical performance.

One of the most renowned world music groups of Eastern Europe has also taken the great ‘Ederlezi’ song to their heart. Lead singer Monika ‘Mitsou’ Miczurawho brings together the music of the Carpathian Roma musical tradition into a modern style.

Further north, in Romania, California-born singer Jennifer Crestol headed this extravagant performance of “Ederlezi” in Bucharest backed by a choir, an orchestra and African percussion.

This version sparked some interesting debate about the intended message of the song with many describing Crestol’s rendition as inappropriate and overly joyous.

With a kaleidoscopic mixture of “Ederlezi” covers and shows to choose from, there is a version to suit everyone’s taste whether they be of a classical or contemporary persuasion.

The song ‘Ederlezi’ was first made famous by the 1988 film “Time of the Gypsies” for which Bosnian musician Goran Bregovic composed a rendition:

Regardless of your musical taste, the Romedia Foundation wishes you an excellent Ederlezi, a special spring and a splendid summer.

← VADIM KOLPAKOV: TAKING ROMANI MUSIC FROM THE VOLGA ACROSS THE ATLANTIC
Pharrajimos →

2 thoughts on “EDERLEZI: A FESTIVAL, A FEAST AND A SPECIAL SONG”