I survived Birkenau, I remember the cries from hell

The extermination of Roma a 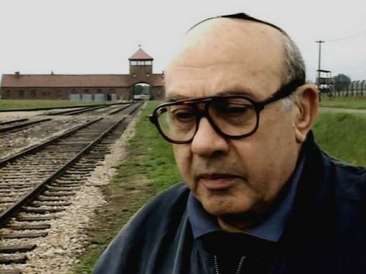 nd Sinti. The story of a Nazi camp survivor, witness of the night of the massacre: “Screams of people being hit, people shouting at the top of their voice looking for each other, the cries of children that had been woken up in the middle of the night. Then, the silence.”

Yesterday I read in your newspaper the article “Pharrajimos, Roma Genocide”. You did very well to remember the extermination of migrants (Roma but also Sinti) perpetrated by the SS guards the night between the 2nd and the 3rd of August 1944.

It is a very sad episode that is discussed very little, too little and this is not fair. They were and are human beings too. It is people with a rich culture, traditions and folklore, which deserves to be protected and not forgotten as if it were a people without a history: to be forgotten and consigned to the past.

It is not correct to say that there are no more witnesses; I was there that terrible night.

I could not see anything because I was locked up in a barrack of lager D in Birkenau, separated from the lager. And where the Roma and Sinti were locked up in, separated from them only by barbed wire with high voltage electricity running through, but I heard everything. During that night we heard the SS guards arrive and the dogs bark. I thought they were coming to our enclosure, along with the others, we remained holding our breath in suspense, waiting for the events that we expected could only be terrible.

We immediately realized that it was all happening beyond our fence, in lager E.

First, orders shouted in German with the dogs constantly barking; then hell broke out, screams of people being hit, people shouting at the top of their voice calling for each other, the cries of children that had been woken up in the middle of the night. An inferno. Then, after hearing that everybody was leaving, silence.

The following morning, as soon as we woke up at 4.30 in the morning, our first thought was to go and look to the other side of the barbed wire; there was no one left, only silence. A chilling silence. And a glance at the chimneys of the crematoria working at their full power was enough to understand that they had all been murdered during the night.

Before it seemed a happy oasis: in the sector where I was, there was only despair and death; on the other side, there was life. There were many children, many of whom certainly born within that enclosure; they played, shouted, played tag and where there are children there is life, there is hope, there is a future. But…

I am convinced that the Roma and Sinti that were locked up there were certain that the equipment of death that they knew well was not for them, that someday those gates would have opened, and they would have resumed their wanderings along the ways of the world with their carts, free and without borders, as “Gypsies” have always been.